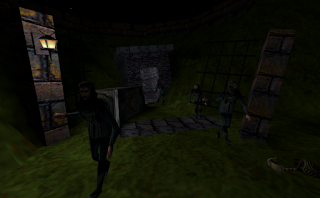 A report by Keeper Selmasyn

Deep within the mountain range north of the City, there exists a castle, formerly the property of an Osterlind family ancestor, but abandoned for decades after his death.

Following the passing of the necromancer Azaran, a few of his associates - former Handmages who had defected long before - visited his spire, taking every necromantic tome he owned, and departed to the Castle. They established an Order dedicated to the practice of necromancy, in the privacy of the mountains.  The group piqued the interest of the Mechanists, who paid them enormous sums to conduct research on their behalf.  This allowed them to hire City stonemasons to restore the castle back to habitable condition, and transform several areas for their purposes.

This account is based on information obtained from a former member who now returned to the Hand Brotherhood, disgusted with the dark group's inhuman practices and their consorting with the Mechanists. He requested to remain anonymous; I shall refer to him as V.N.

The northern necromancers were firstly interested in the resurrection of dead flesh, a practice forbidden by the Hand Brotherhood, and illegal  by City laws, as well as the evocation of demonic creatures and their full physical materialization.

They were visited by a Mechanist representative who had learned about them through the underground, at their castle. The Mechanists expressed an interest in a possible connection between  the Trickster's creatures and demonic forces, and the necromancers were the experts they were seeking on the matter. They were also interested in possibly controlling such creatures and using them to extend their control over the City. At the same time, the necromancers were researching how to combine technology with magic as a means of enhancing their experiments.

As part of their agreement, the Mechanists paid the necromancers 60,000 gold, and supplied them with advanced technology, a set of special electromagnetic field generators which had proven effective in reviving the very recently dead, by stimulating the body, reversing early cell death, and repairing necrotized tissue. The Mechanists called the device the 'Auric Regenerator'. These devices had the capability of reviving the dead up to 10 hours past the point of death, unless the latter had caused excessive damage; they were most effective in reviving heart attack, brain injury, and stroke victims, and the Mechanists hoped to use them as a means of reviving their Servants, who frequently died of shock, which was a source of complaints from the City's nobility who purchased them.

The necromancers primarily used the Book of Ash in their magical experiments. The Book of Ash was a long lost necromantic tome which was rediscovered by the necromancer Azaran at a ruin known only to himself. His fellow necromancers then took it with them. The formulae in this book often had unpredictable effects. One invocation could summon zombies from an unknown plane and appear instantly near the operator, but the volatile nature of the rituals did not ensure the obedience of the creatures summoned.

The necromancers also used other rituals in the book to call forth various demonic creatures which were of interest to the Mechanists. One was the Balmoraal, a fearsome genus of demon who cannot be banished when summoned, and takes on a material body when called into the physical world. It has horns, and wings, but cannot fly. It is by nature hostile, and the first time the necromancers called one, it killed one of the mages before the others were able to finally slay it through a specific magical formula, as no physical weapon can harm it.

V.N. directly examined the Balmoraal's remains, and described it to me thus 'Its flesh is hard as stone, yet pliable, of a dark colour and rugged texture. It is a kind of matter with some physical properties, but it is not of this world. It cannot be cut with the sharpest knife, dented, or burned. Its horns however, can be removed with sufficient force. They are made of the same material, but it is translucent and glassy, like lapis-lazuli.'

The Balmoraal was of interest to the Mechanists, who saw its potential for the new Builder's army. However, its unwieldly nature had to be tamed, which was part of the mages' ongoing research. In the meantime, the latter discovered that the Auric Regenerator, when adjusted to a specific frequency, transformed its test subjects into undead, but not the usual kind. Their physical bodies became grotesquely altered, their fingers turned into long claws, and their overall appearance recalled that of a humanoid werewolf, and much stronger than a human. These 'ghouls' were much more obedient to commands, understood human language, and their fearsome strength, and devastating claw attacks made them ideal guard sentries for the castle. They were scavengers, and only fed on dead flesh.

Over time, the arrangement between the Mechanists and the necromancers became increasingly sadistic. The Mechanists ravaged Pagan villages in the countryside around the City, killing many, but soon they began capturing their inhabitants alive, to supply the necromancers with test subjects. People from the City's poorer sections, who were already being hauled off to create Mechanist servants, were also kidnapped and given over to the necromancers.

The bulk of the experiments took place in a circular chamber on the upper section of the castle, part laboratory, part ritual space. A table in the center was used to hold subjects for experimentation, and several Auric devices were placed around the room to focus on it when active.

The defeat of the Mechanists put an end to the mages' main source of test subjects. V.N.  left  shortly before that time, but has gotten information that the necromancers now experiment primarily on animals, but will still use humans if they have access to them. They often visit haunted locations, such as the Bonehoard, to capture existing undead for their experiments.

A string of grave desecrations in the City, where the bodies of the recently deceased were taken away are thought to have been the work of the necromancers, but this has not been substantiated.

The new City Baron has been informed of the necromancers' activities during the Mechanist era, and has considered sending an army division to the castle to put an end to the group once and for all; however, economic problems and the difficult location of the castle have prevented the implementation of this plan for now. 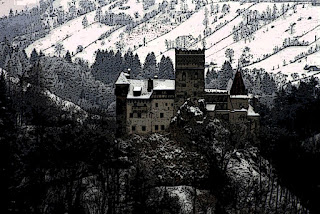 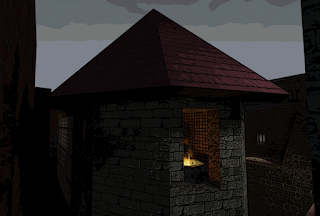